Zoom’s not secure: Time to find an alternative. 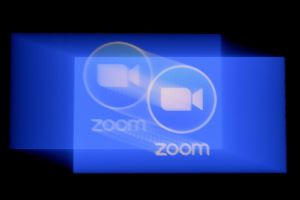 Unfortunately I’ve got some bad news for you all. If you haven’t seen it already, popular video conferencing app ‘ZOOM’ has come under fire for lying to us. For the last several years, zoom has claimed the title of secure, end to end encrypted video chats.

What’s brilliant about end to end encryption, is only you and the other people in the chat can see the content. A not so casual observer can find out WHO is talking to each other, but not WHAT they are saying.

Those of us in the activist and organizing scene from all stripes have been using zoom for ages as the most convenient and secure option for big video calls. Unfortunately, it has never actually been secure. Since the news broke, the FBI has prohibited its staff using zoom at all. But don’t worry, Zoom CEO Eric Yuan gave a very sincere apology which makes it all better 🙂

Zoom is not end to end encrypted, it has been sending our data to Facebook, has a vulnerability allowing the mic and camera of mac users to be compromised, and anyone could join our meetings if they knew the meeting ID. They knew this whole time. That little green padlock that said your meeting was secure was a lie.

Now we must search the net once more for a video conferencing app that does the trick. What you’re looking for are services which are end to end encrypted, ideally open source, and preferably not in cahoots with Governments.

Some good options in the meantime include:

In the meantime, stay safe, stay sane and keep isolating

In solidarity, with deeds not words