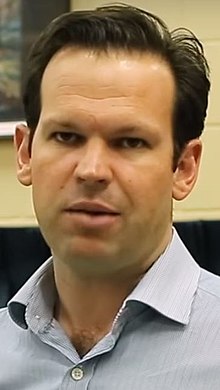 On Monday, Federal Resources Minister Matt Canavan spoke at a NSW mining conference. As part of his speech, he addressed industry concerns about China’s ongoing ban on Australian coal imports. “The obvious next, big hope for our coal is India… Since the election there has been great interest from other Indian coal and power companies about direct investment in Australian coal.” He said he “will be travelling to India in a few weeks to further build on our relationship and develop these opportunities.”

After huge media coverage of Extinction Rebellion protests on Tuesday calling for climate action, a story appeared Wednesday morning in Murdoch-owned news outlets. Short on details but big on hyperbole; it said “Encouraged by the approval of Adani’s Carmichael Coal Mine, cashed-up Indian companies are reportedly in talks with the Australian Federal Government to build more coal mines. Resources Minister Matt Canavan said he was inundated with expressions of interest from Indian companies looking to supply their energy market.”

In two days the situation had apparently developed from Matt Canavan heading to India hoping to find someone to buy Australian coal; to Indian companies wanting to dig up more. The “great interest” Canavan had mentioned to reassure industry figures had become an “inundation”.

Having heard from one journalist that this was a “big story”, I was a bit worried there seemed to be so few facts included. Who were these mysterious cashed-up Indian coal companies? Are there really great unexploited reserves of coal here that all the other massive coal companies have left specially for them? Understanding that journalists these days can be a bit stretched for time, I thought I would go have a look for myself.

It turns out that in the last week, Bloomberg news stated “India’s coal ministry is preparing a plan to cut imports of the fuel by at least a third over the next five years”. Reportedly “Prime Minister Narendra Modi wants to expand the country’s economy… and reducing energy imports and harnessing domestic resources are key to meeting that goal… To meet the import reduction goal, state miner Coal India Ltd. will aim to raise its annual output by a compounded annual growth rate of 7.7%.”

Apparently, “the import reduction plan also points to the South Asian nation’s gradual shift away from coal to fight deadly air pollution that millions of Indians battle with.” So much for the great humanitarian potential of Australian coal exports some politicians like to talk about.

Fortunately India is a wonderful travel destination with a fascinating history and culture to explore; because Matt Canavan may find when he visits that there are less cashed-up coal mining executives waiting to see him than he hopes.

As demonstrated by protests across Brisbane on Tuesday, and on Wednesday both in that city’s office of Adani-linked engineering firm GHD as well as shutting down tree-clearing work on Adani’s Carmichael mine site; the truth is the Australian government is being inundated with people interested in coal mining. They are everyday Australians, wanting our government to start taking seriously the threat of climate change and put a halt to the export of fossil fuels that is one of our main contributions to the crisis.

If Matt Canavan and the Murdoch media took a break from their own vested interests (Canavan’s brother John’s mining company today made a $442 million takeover proposal for Stanmore Coal); they might hear the real news – that the arctic is melting, temperature records keep breaking, and people all over the world are taking action now to try to avert climate disaster. It might be a whole lot easier too if politicians and corporate media were actually concerned about issues that affect us all rather than blatantly defending the interests of those intent on destroying our whole planet for their own private gain.